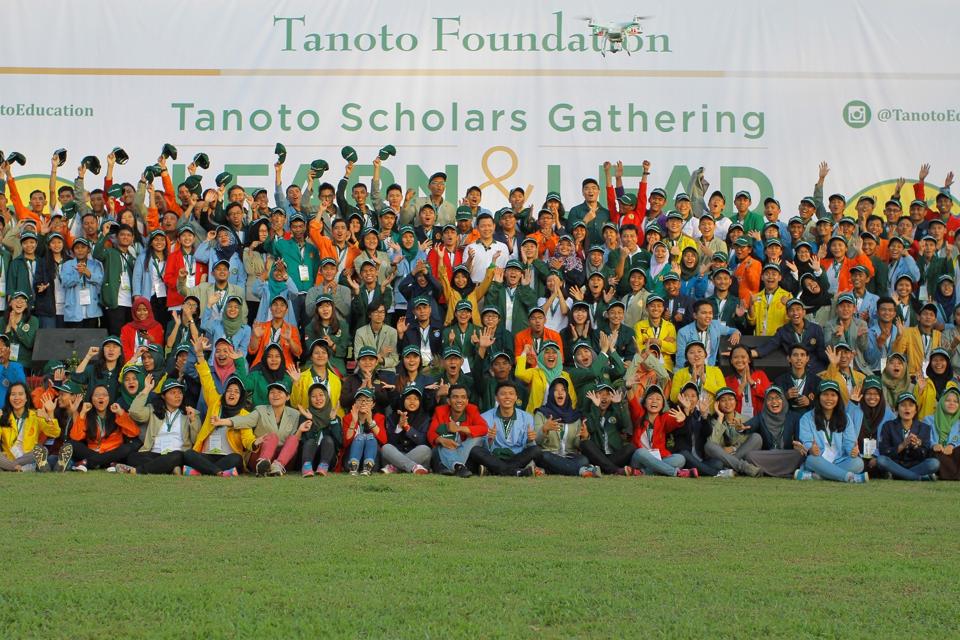 The Tanoto Foundation is an independent, family-owned philanthropic organisation, created by Sukanto Tantoto and his wife, Tinah Bingei. Founded in 1981, it focuses primarily on improving access to education.

Their TELADAN programme was created in 2006 to develop higher education in Indonesia and aid students in becoming future leaders. Here, we follow the experiences of some of those budding leaders.

Melinda Mastan is one of the ‘Tanoto Scholars’ who have benefitted from the TELADAN programme. She recently attended the Young Leaders Access programme held in New York from 23rd July to 1st August 2019 along with 28 other selected participants from 20 countries.

When asked about her experience, Malinda said, “I am fortunate to be a participant of Tanoto Foundation’s TELADAN programme because I get to participate in many beneficial activities, such as attending leadership workshops and running social projects with other Tanoto Scholars. More recently, I had Tanoto Foundation’s support to attend the YLA programme”.

Melinda, who majored in nutrition science, had a competitive list of tasks to accomplish to earn her participation in the YLA 2019 programme. First, she had to write an essay discussing the stunting rate in Indonesia and articulate measures that could be taken to decrease it.

Next, she had to research on people are affected by stunting in North Jakarta, including parents and kindergarten teachers. Her findings revealed that many of them were not fully aware of the condition or its lasting negative effects on a child’s early development.

The final part of Melinda’s assignment was to present her findings in a video conference. Her work went through a comprehensive selection process and qualified her to attend the YLA programme.

“This workshop not only improved my leadership skills,” she said, “but I also learned a lot about project management. I was also able to network with participants from other countries.”

Melinda was also chosen along with six other scholars of Sukanto Tanoto’s Philanthropy organisation to attend the SMU (Singapore Management University) Global Summer Programme, a student exchange programme organised as a collaboration between SMU and 200 education institutions internationally.

Here are some of the responses given by Tanoto Scholars who participated.

Leon Vin from the Bandung Institute of Technology said, “During this programme, I gained new knowledge beyond my area of study as I learned about management and economics, and its relevance in Singapore. I was also happy to meet many great people from various countries.”

Dufeldip Kaur from North Sumatra University said, “I wanted to take the opportunity to expand my global network, as 200 participants from 31 countries participated in this programme. Besides that, I also hoped to further develop myself. One of the most memorable moments was when we met Dr. Kevin Cheong, one of Singapore’s leading tourism experts. I gained a lot of insight into how Singapore has been developing tourism to attract tourists.”

Samuel Herin from Hasanuddin University said, “I thought the programme was very beneficial, especially when I met a person who works at a unicorn startup company and was able to gain new insights, namely that critical thinking and problem solving are skills that are essential for Industry 4.0. I am now focused on honing these skills and preparing to face this latest industrial revolution.”

Hanabeni Desta from Gadjah Mada University said, “This event was very fun and allowed me to improve my English skills. The most memorable activity for me was when I took the ‘Legal Environment of Business’ class, which is in line with my law major. During this class, we were taught by a professor who encouraged interactivity and teamwork through group projects.”